Dizzytroopers.io is a fun arcade 2d shooter. Rack up as many points as you can while dizzy and spinning.

You start out dizzy and spinning. The number of yellow stars circling your player shows you how “dizzy” you are. Time your shots to get kills, lose yellow stars and decrease your “dizziness”. Get rid of all your yellow stars to stop spinning completely and unlock the ability to aim freely!

Desktop controls: Press WASD or ARROW keys to move around. Click to shoot and move the mouse to aim (when you are not dizzy)

Bumping players with more stars than you increases their dizziness by 1 yellow star.

If you die, you regain 1 yellow star when you respawn.

Throughout each match, power-ups will appear at random locations on the map. Run over them to pick them up to gain different advantages.

Look out for these power-ups/items:

While dizzy, try not to spam your shots. Instead try to keep it cool and time your shots as you spin.

Try to keep your distance from the leader to avoid being bumped. If you are in the lead, bump into other players to help maintain your lead.

Bullets can ricochet off the walls, so try to use that to your advantage and pull of some creative shots. 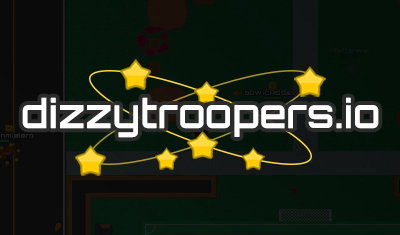