Game of bombs takes the classic bomberman indie game and puts it into a much larger map with a lot more players. The general concept is the same, plant bombs, kill opponents and gather power ups from knocked down walls but the map is at least 5 times bigger meaning you can get a lot more power ups and makes the games that much funner.

You’ll start off somewhere on the map, hopefully not to close to another player and travel around blowing up walls until you can make your way to an enemy player. Your goal is to be the last one standing by any means so if that means blowing them all up or hiding in a corner you’re fine either way! The power ups in Gameofbombs are a lot more versatile however, as well as the existing max bomb increase, explosion range and movement speed buffs you can also make bombs bounce over terrain and be able to pass through certain objects such as bushes to catch your opponent off guard.

Your characters movement is controlled using WASD and spacebar is used to drop bombs. 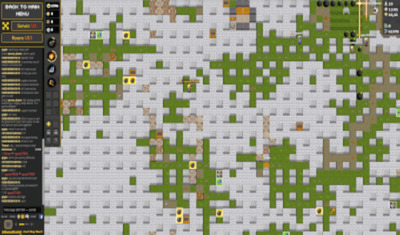 Rated 80% with 8 up votes and 2 down votes.
Submitted almost 3 years ago.
Played 14 times this month.