Play as a bouncy ball shaped character with a small set of eyes and a mouth, the aim of the game is this: don’t let anyone hop over you! If someone if able to successfully jump up and above you you’re dead, this means that if you jump over someone else they die however and your points will be tracked on the top right of your screen. The game is incredibly simple but very competitive as no one wants to be hopped over!

When playing Hopz.io there aren’t too many strategies to take, there are however a few fancy moves to help you get the jump on your opponent. (pun intended) For example if you see someone jumping towards you simply walk backwards away from them and then as they’re coming closer to the floor hop over them, they won’t have chance to move much as they’ll be falling and you’ll most likely be able to jump over them with no issues.

Move your character using the arrow keys, you are able to double jump by pressing up twice in a row. 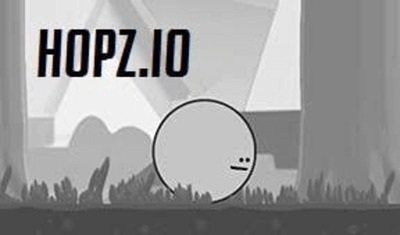