Nightwalkers is a zombie survival game set in the modern world. What makes it unique is the noise and the apocalypse mechanic. Most actions you make will create noise which in turn will alert zombies. After level 3 you encounter Apocalypses which just mean there will be a bunch of zombies out to get you.

Every level comes with a new perk and most objects can be transformed into valuable resources used for building your defences.

How to Play Nightwalkers.io

Nightwalkers is played with the default controls for a top-down shooter.

WASD move the character while he turns towards the mouse cursor

Left mouse click shoots while the right mouse button activates melee which knocks down zombies and gives you some breathing space.

The B or E key opens the building menu

It is very important to build in Nightwalkers.io. Fortifications such as walls combined with traps and turrets play an important role.

A different approach is to be stealthy, the less movement and attacking done by you, the least zombies you will attract. 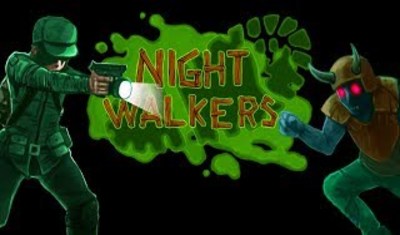