Paperio 3 is a game for the adventurous, it is a game that has different servers for all players such as FFA mode (classic), fast server and the slower server, not forgetting the small arena mode.
Each of these servers permits different players the ability to try different modes. The FFA mode is the Standard server any players can play. The faster server can be played by players that are more advanced and have a better idea on how to play the game, and survive.
The slow server is better suited for the beginner players as the game consists of other players playing on a slower motion. Lastly there is also the small area mode which allows the players to play more competitively as there is less surface to cover and fight for. This means players will have to be more vigiliant and aware of the other Paper io competitors. It is a mode for the more skilled gamers as you will be faced with other Paper io players

How the game can be played:
You can control your personal sqaure cursor in a number of different ways, firstly by using your keyboard controls such as, W, A, S, D as well as the keyboard arrow keys and Mouse. You control your cursor with these controls.

The aim of the game:
You are given your open personal square cursor, you have to keep yourself away from the other cursors (players) otherwise you will die. The aim of the game is to take up as much of the gaming arena as possible. This is the only way you will ensure you succeed in this game and come out as the winner. 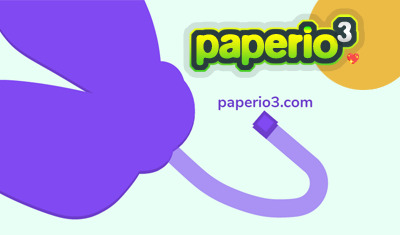 
Submitted about 2 years ago.
Played 31 times this month.