Strikers.io is an addictive soccer game in which you take on other players in a soccer match. You will be playing to a time limit so you need to try and score more goals. The game is played with a top-down view that makes controlling your player fun and easier.
Take time to try and master the controls and the mechanism of the game. Watch and study your opponent's movements and take advantage of their tactical weaknesses to score goals and win the game. Your defense is just as important as your attack, stop your opponent from scoring then go up the other end and smash it in. Have fun! 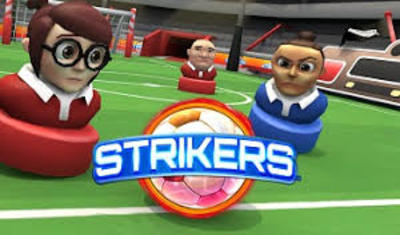