Takepoint.io is a tactical, objective-based shooter. Capture and defend points from other teams, unlock weapons, upgrades and perks. Player stats can be viewed at stats.takepoint.io.

You're awarded score based on the number of points your team holds, the faster you acquire score, the faster you'll be able to unlock upgrades. Work together with your team mates and select perks that compliment one another. For example, have at least one team mate dropping health packs while others place barriers. Gas grenades can be an effective perk to clear out enemies if you're attacking points.

In addition to perks, make sure your team mates' weapon selections compliment each other. The shotgun is very effective at close range, the sniper is useful for long range attacks and the assault can handle everything in between. A small group of players utilizing those three different weapons will have a significant advantage over less organised players. 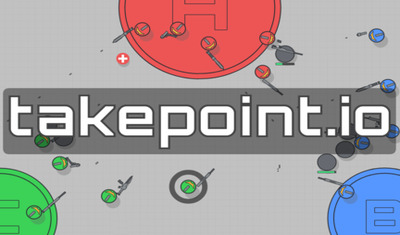