Join forces with other scrapers to defeat the machine race in this third-person, co-op focused action game!

As a Warscraper, your objective is to defend the core reactors and your base from the invading machine race that seek to capture and destroy all human kind! Compete for the Highest Rank on the Leaderboard and earn *Cores (in-game currency) to Unlock additional Gear and Weapons to aid in your fight against the machines… Go now and join the fray… "You are the resistance, you are the Warscrapers!"

Use [W,A,S,D] Keys to move about, [Space] to Jump. Use [Mouse] to Aim; Fire/Attack with [Left Mouse Button], and [Right Mouse Button] is used to Swap between Gun and Melee Weapons! 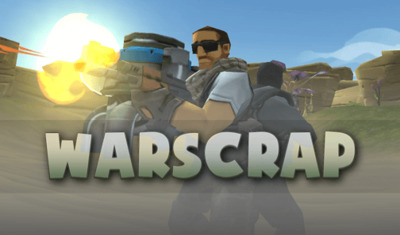